Many of you will remember my upholstery colleague, Ellie Blachly, with whom I shared a studio in Marshfield village before I moved back to the weaving school.  When we left that studio, Ellie moved to England with her husband, Bruce, to begin a master's program at Buck's New University in furniture conservation.  They ended up loving life in England so much that they stayed for three years!  Now they are back home in Vermont and Ellie has moved into the old dye shed at the weaving school to resume her upholstery business and her other side line...costume making.  Her father owns the famous Unadilla Theatre in East Calais and she was persuaded to make the costumes for the production of "Henry IV" that will be opening this July 19th.  It has been fascinating to watch the process of costume creation and we have also been able to help with the dyeing of some of the fabrics. 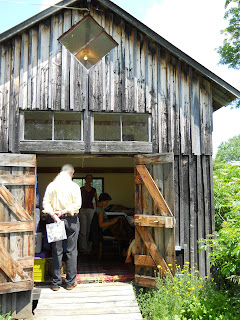 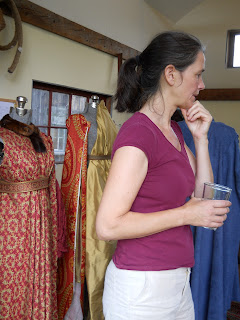 Some of the costumes in process...and herself. 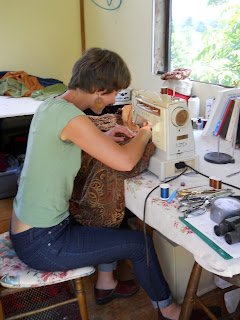 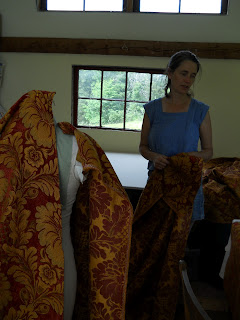 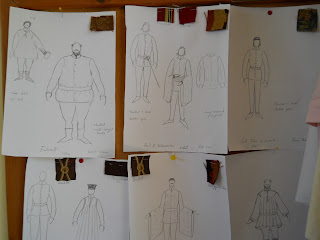 The drawings of the proposed attire for all the major characters. 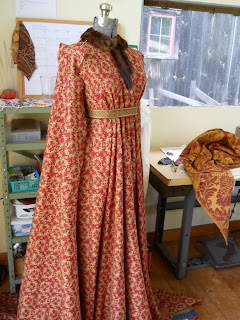 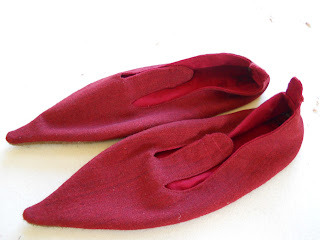 A prototype of the footwear....using scraps of our handwoven worsted camlet. 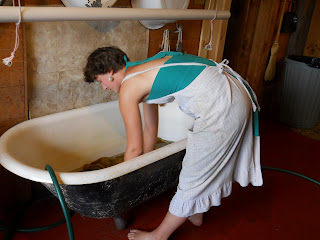 Elsa dyeing some of the fabric for the peasants costumes. 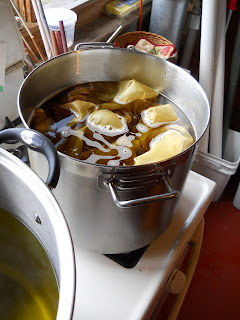 Some of the dyed silk for the sleeve linings and underskirts. 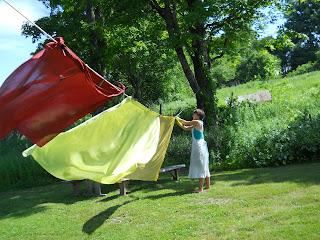 We'll have more photos of the finished costumes in the next week or so as opening night is fast approaching!
For those of you in the neighborhood....go to www.unadilla.org for more info about the performance schedule.  Alot of our friends and neighbors are in the cast so it should be a fabulous show!
Posted by kate smith at 6:14 PM 1 comment: