Rose and the Vermont Folklife Grant

As many of you know from our past blogs, Rose Diamond has been studying with us for the past six months under the sponsorship of the Vermont Folklife Center. She recently finished up her course of study and Greg Sharrow, the Director of the Grant programs at VFC, came to the school to do a site visit and to see what Rose has been up to all this time.  Part of the criteria for a Folklife grant is that there be a passing on of skills through the tradition of a master and apprenticeship situation.  In our case, I was passing on my knowlege to Rose and she in turn was passing on what she learned to a young girl named Alya.  Rose has been working with Alya for a number of years not only in teaching her how to weave but to also sing traditional Gaelic work songs. 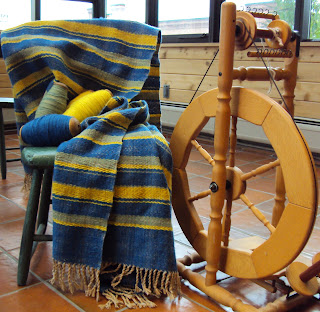 We started off with a show and tell of Rose's weavings....here is a beautiful throw woven out of Rose's handspun, hand-dyed yarn. 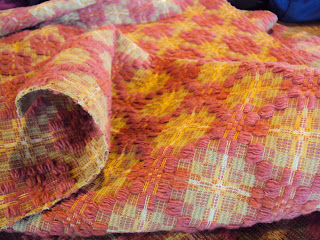 An overshot runner with the aptly named pattern of "Roses and Diamonds" also in handspun, hand-dyed yarn.
Norman admiring Rose's 10 yards of linen M's & O's for a table cloth and napkins. 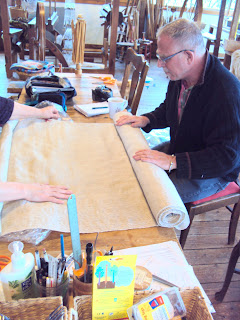 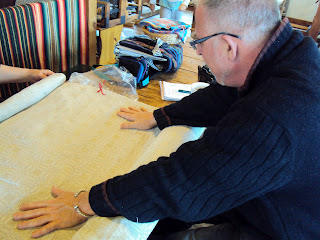 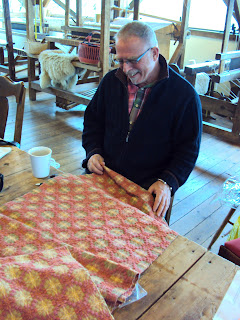 More of the overshot... 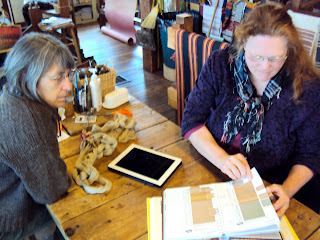 Rose showing Kate the notebook of her projects with all the details of warping and threading. 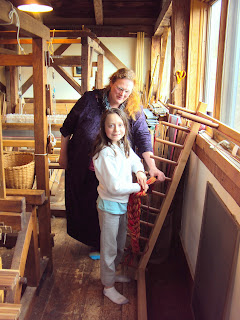 Rose helping her protege, Alya, finish a warp for scarves. 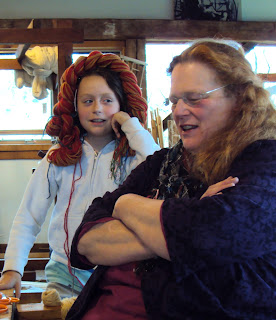 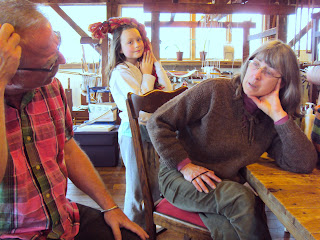 Rose and Greg discussing the merits of the Folklife grant and how important it is to encourage the continuation of the passing on of traditional knowledge to the next generation. 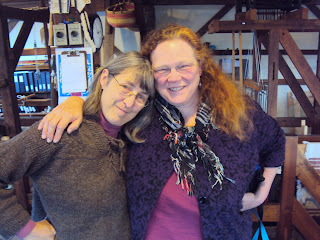 NoBo comes North...as in the North of Boston Weavers Guild!

This past week we had four weavers come up from the North of Boston Weavers Guild thanks to our returning student, Gail Gentile. Gail came last October to weave overshot and she had such a great time that she brought three of her other guild members along this time. They were Mary Shattuck, Margaret Russell and Besty Martin. They all decided on different projects and Lynnette and I had our hands full with getting everyone started but it all worked out in the end. 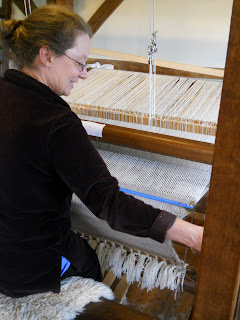 Here is Mary weaving an alpaca throw in a reverse twill block. 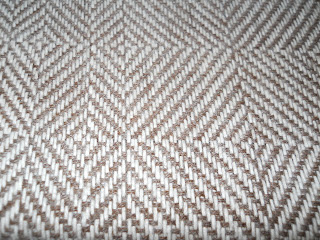 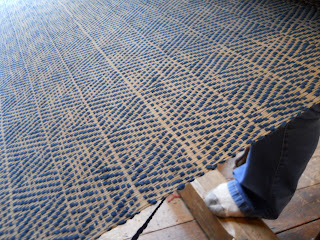 Gail choose to weave a throw as well but this one with organic cotton in indigo blue and white...also in the reverse twill block. 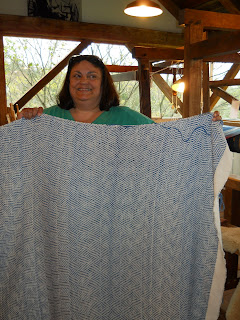 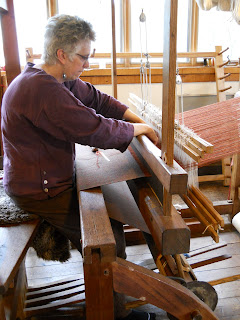 Margaret decided to weave a piece of Scottish tweed using our Brora tweed yarn in two lovely colors of rust and blue green.  She put on enough to make a tailored jacket. 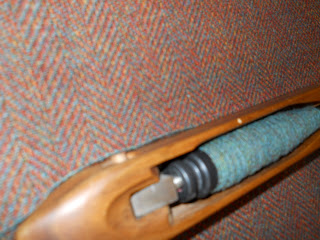 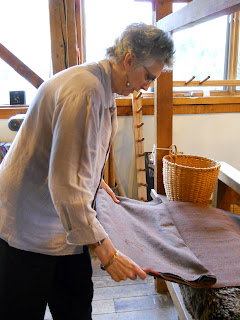 Margaret taking the finished cloth off the loom. 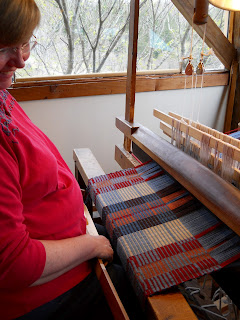 Betsy....alias Becky....opted for a four block rep rug and of the three projects this one was the most hair raising!  Partly because of a bad choice...on our end ....of a carpet yarn that was too fuzzy.  The original color scheme had a sage green yarn as the background color (every other thread) and when we tried to open the shed for the first throw of the shuttle nothing happened!  Not to be daunted we took out all the green....made a new background warp with a blue yarn and re-beamed and re-threaded the new color.
Needless to say we all had headaches by the end of that day but the new color was a success and she was
able to complete a beautiful rug. 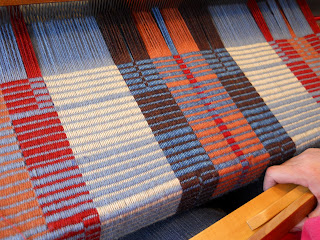 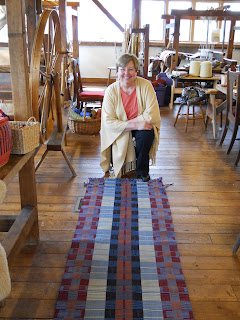 Gail left early on Friday so she missed out on the group shot but here are the other three happy weavers with their finished projects. We are looking forward to all of them returning again sometime in the future! 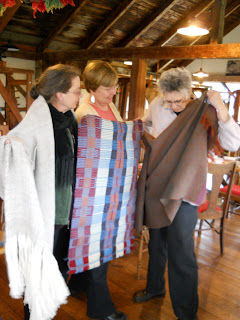 ps.....Gail posted on her blog .....www.nobogoesnorth.blogpost.com  ....every day so check that out for more details!
Posted by kate smith at 4:37 PM 1 comment: